Springing out of Spring Convention 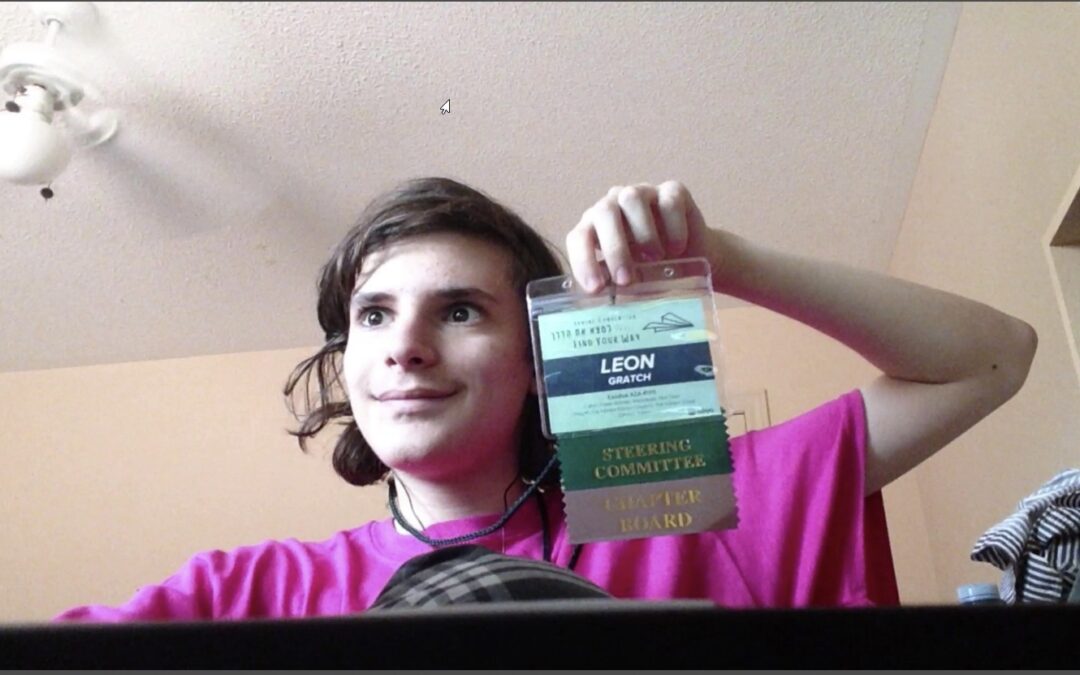 As Spring Convention has come to a close and we have ‘sprung out,’ we may be a little sad, but we can also look back at this amazing weekend with great memories. I greatly enjoyed the convention’s amazing programming seen at Onegs and Maccabiah, the meaningful separates, friendship circle with Eric Hunker, Regional Board Elections, and did I mention Maccabiah?

During Spring Convention, I had the opportunity to be part of the amazing programming team that led the  icebreakers that helped everyone bond and get to know each other, which was followed by a Maccabiah Kickoff where every team made a team name, flag, and cheer! Each team then presented their names, cheers, and flags to everyone at the convention during the spirit rally and it was awesome! Even though Maccabiah was just beginning it was so much fun!

The end of Maccabiah Kickoff began the long-awaited first chofesh hallway of the weekend! We had a great PowerPoint night with some amazing presentations like “Leon and Uriel in Meme of the Week: an Exodude Compilation”, “Danny DeVito is our lord and saviour!”, and “Casting a live action cars”! After the presentations, me and the fellow members of Exodus AZA #1111 got together and started our new game show, hosted by yours truly, called: Who is the real Ben Steinberg? It was lots of fun!

Next, it was time for Kabbalat Shabbat led by the Jewish Experience Team! There was great songleading by Sage Siegel and Zach Szikla, as well as a meaningful paper plane activity led by Sarah Glogauer and Jadyn Right, focused on helping us all Find Our Way, the theme of the convention.

After that, it was time for Onegs. I had so much fun planning and running an Oneg with David Weitz, where we held a question panel with LOR Advisors – Dor Chadash’s advisor Simara Clemens, and Dayan’s advisor Evan Roth. The program went swimmingly, we asked advisors questions about their favourite part of advising, their favourite BBYO memory, and even for Simara to give us a house tour, and why Evan Roth was in his car. There were also two other great Onegs happening at the same time: Crystals and Rings, coordinated by Lisa Cohen and Sierra Nash with special guest Michele Nash, as well as Jew-ish and Fame-ish, coordinated by Reanna Toivis with special guest Jamie Bloch in a panel centered around gaining insight on what being Jewish online is really like.

Following an hour of Onegs, it was time for some meaningful AZA & BBG Separates run by our Regional Presidents. The BBGs discussed how to use letdown to uplift themselves and become stronger individuals as a result, while the Alephs heard from the current Regional Board about how BBYO has impacted them and how they hope to have a continued impact on BBYO. The Alephs then split into breakout rooms and as an icebreaker discussed our favourite BBYO memories before talking about some Alephs that impacted our journeys throughout BBYO and our hopes for our own legacies in BBYO, what we’ve done toward those legacies, and the next steps we will take to achieve our goals. Both groups ended the meaningful discussions with some classic cheers!

Then, it was time for Shabbat Shira, a friendship circle with a special twist. That’s right! The man, the myth, the legend, Eric Hunker, BBYO’s Music Director, was there to lead the celebration! It was such a fun night as we danced along to Eric singing some song circle classics like One Day and B’tzelem Elohim. After that, we had another Chofesh Hallway with an amazing seniors program as well as a riddle hunt program, plus some “chill  rooms” that people could go into with their friends, and it was awesome!

The next day began with Shabbat Shacharit, once again with the Jewish Experience team and the infamous Eric Hunker, our song leader for the weekend! The Jewish Experience team led some absolutely amazing activities. One of the activities was ‘What Would You Do’ where we heard an unknown story in history, and in teams, decided what to do based on our own opinions. The other program was a choose-your-own-adventure, where participants made decisions through a typical Shabbat. We controlled a clumsy Leo Eigenmacht as he fell down the stairs, slept through Shabbat without preparing, caught Gefilte fish in a bathtub during a 5-minute montage, and went to Shabbat looking swag in his Spongebob Shabbos Suit.

After that it was time for some amazing chapter experience programs! Different chapters got to re-run their best programs of the year to showcase to the rest of the region! Afterwards in Chofesh, Brittany and Evan ran an amazing Big-Little program, where the Littles got a ‘little’ destroyed by the Bigs . During the second half of this Chofesh, I participated in Eric Hunker’s Manly Men program. He started off by having us identify the differences between a ‘real’ and a ‘good’ man, and towards the end of the program, we learned a lesson from Eric Hunker that men often don’t even have the language to comfortably discuss things like emotions, which was very deep.

Finally, the long-anticipated Maccabiah started! Maccabiah was a little bit different this year – rather than being a competition for points, we chose to run Maccabiah by having the winning team just absorb the losing team until there were only two teams remaining – with one coming out on top. I got to witness some amazing team work as part of the green team. Every team we faced didn’t lose, and we didn’t win, we all just merged. First we competed against Gold in a competition to come up with lists of items, like coming up with 5 foods, and in triumph emerged… both of us, reincarnated as Gerald. It was a match made in heaven. Next in Family Feud we went up against the Orange team, who had just absorbed the Red team into their ranks. We didn’t come out with a clear winner, but we came out convincing Red and Orange to follow our example and combine into Rorange, before combining with us to form Gerold. It was then time for the final battle! The pink team had been decimating their competition, and competed with the amazing Gerold team in a Kahoot. The pink team ended up winning the Kahoot and toppling the ‘tower of teams’ that was Gerold, with Pink winning Maccabiah! Gerold got an award for collaboration, which is pretty fitting considering we were four teams who willingly chose to combine rather than just having a winner and a loser.

Then, we went to Chofesh. It started off with BBYOmegle where by pure coincidence, I was put in a room with Eric Volgyi three times in a row! He talked about his convention box-provided markers all three times. I was also put into a room with Ben Steinberg four times in a row, which was pretty great. After that, I ran an amazing Jackbox & Games program at Chofesh, and two other members from my chapter, Max Gisser and Josh Zaretsky, hosted some great Improv Games that I loved participating in.

As Chofesh came to a close, it was time for Havdalah and Senior Life. During Havdalah, some seniors such as Dylan Fritz shared stories about their BBYO journeys as we made our own Havdalah candles! Senior Life speeches went really far overtime, but it was okay as all the speeches were very impactful and great to hear. I especially liked Adam Zelnicker’s speech, and in Evan Forman’s speech he shared thoughts about how failure makes you stronger, which I quite liked.

The next morning, we began with Sunday Shacharit where we learned some cool deep breathing exercises to help us rest and relax, and then, it was time for elections. Elections went on for quite a while, but our 42nd regional board was elected and they are getting ready for an amazing year!

Unfortunately, Spring Convention had to come to an end eventually, and as it was wrapping up, it was finally time to see which chapter won the spirit gavel for being the most spirited. In preparation for SpringCon, many chapters had made Zoom backgrounds, each matching the daily themes of convention. Chapters also made different outfits each day to match the themes. It was time to announce the winners! In fifth place was Ahava, and Achim was in fourth. Chaverot came in third, and L’Chaim in second. They it was announced that the winner was Dor Chadash in first place! As closing ceremonies finished, we played music as people left, but then something changed. The song leading team took it upon themselves to create an encore! They sang classic BBYO songs and many people who really didn’t want the convention to end, like myself, stayed behind as we listened to these songs. I’m so excited for next year’s conventions, because the thought of being a senior at my final Spring Convention is a little sad, but I know this next year is going to be great! See you soon LOR!